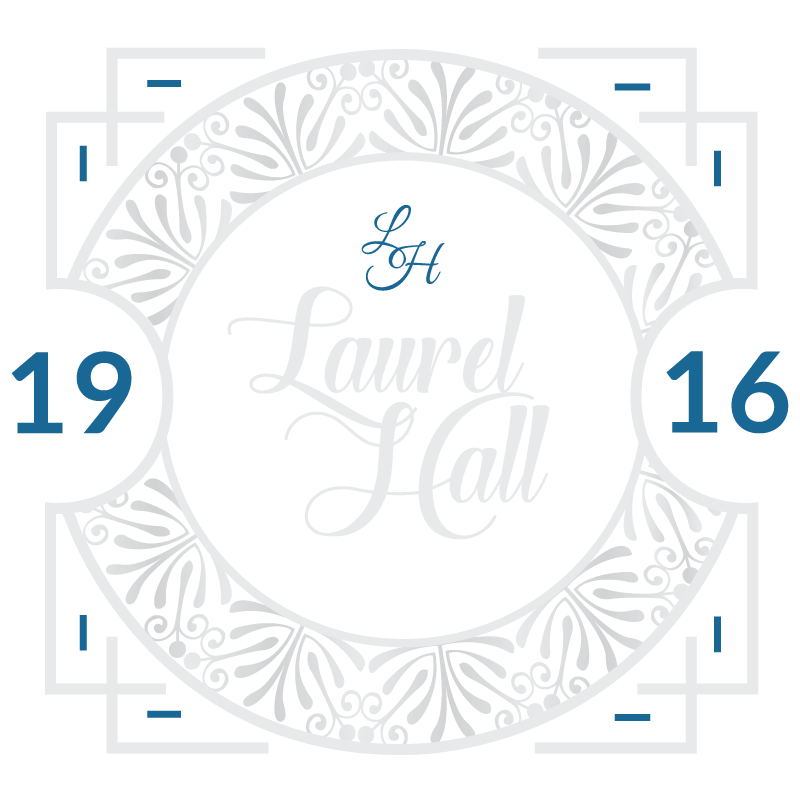 Now tucked away behind gates amongst old growth trees and more contemporary homes, sits the 1916 estate of Stoughton Fletcher, the Millersville millionaire. The Jacobean Revival-style manor designed by Herbert L. Bass (noted architect of the Holcomb estate and Test Building on the Circle) is situated on six acres of winding lanes, beautifully-landscaped lawns and elegant gardens.

Great-uncle Calvin Fletcher brought the family to Indiana from Ohio in 1821. Though nearly penniless when he arrived, Calvin was a disciplined and religious man who applied his industry to farming, land speculation, community service and his profession. Local lore has it that Fletcher was, at the time of his arrival, the only lawyer in Indianapolis. In later years, he also became a state legislator (1825-33) and thereby established the first State Bank of Indiana. Calvin passed away in 1886 from complications that arose from a fall from a horse, two months earlier. A marble bust of Calvin Fletcher can be found in the Indiana Statehouse.

Sadly, S.J.’s health failed as well, and he was forced to pass the bank management to his son, the next Stoughton A. Fletcher. By 1920, S.A. II had negotiated several bank mergers which resulted in the company becoming the largest national bank in Indiana — Fletcher American National Bank. It was during this brief time of immense prosperity for the family that S.A.II built Laurel Hall (named for his mother) at the cost of $2,100,000, situated amongst farm- and woodlands. For its time , it was the largest private home in the state (40 rooms comprising 38,000 sq. ft.). It’s still part of the current local lore that after Stoughton bought the initial 1500 acre property, he was not satisfied and therefore also attempted to buy all the land east of Emerson down to 46th St. — but the small Highland cemetery thwarted his purchase; He was unable to find enough relatives of the persons interred at the cemetery to gain permission to move the graves.

In contrast to the rather staid reputation of his progenitors, S.A.II had a reputation for extravagance and eccentric behavior. Laurel Hall showcased this personal taste for extreme luxury.  Curved brick walls that wrapped around to where the gates once stood can still be seen today. While traveling the road that led to the manor house, guests were treated to ravines and waterfalls amid rare trees imported by Fletcher’s Belgian landscape architect. Water cascaded from a Grecian temple which still exists today (now on the grounds of Cathedral High School).

It took a staff of 10 to manage the estate. A separate building in the English Gothic style housed servants’ quarters, garages, as well as enormous boilers that sent steam heat to the manor through a lengthy tunnel. Completing the estate were five cottages, greenhouses, stables & horse trails — and even a small race track for Fletcher’s favorite equestrian hobby. Regrettably the tall, stone water tower and lookout, positioned for an amazing view of Fall Creek valley, was destroyed in recent years to make room for a new development, east of Emerson Way.

In a time when neighbors in Nora, Millersville and Broad Ripple were largely conservative farmers and pragmatic share croppers (or “gardeners” as they were called in that day), Stoughton A.’s excesses gave rise to legendary gossip and unsubstantiated rumors like…

… the martinis he made in a cement mixer and…

… the “mating party” he hosted on the mansion’s front lawn for Peter the Great, a famous trotting sire.

Those care-free times must have been glorious, but they were brief. As it did for the whole of the country, World War I changed the family’s fortunes, and not for the better. Responding to the government’s need for turbine engines, S.A. Fletcher heavily invested his personal assets, expecting to turn a tidy profit.  To facilitate swift production, he bought two major industrial firms and combined them to gain their patents and manufacturing capacity while pledging his personal assets and the estate as collateral. But just when the new company had retooled and was ready for production, the war ended. The government cancelled all its contracts with Fletcher and, in 1919 he lost virtually everything — truly a victim of the Armistice. With his personal fortune in peril, Fletcher had been compelled to give up his controlling interest in the Fletcher American National Bank by 1921.

Personal tragedy also struck the Fletcher family that year. Stoughton’s wife, May, having been afflicted with stomach problems and “nervous trouble,” took her own life by ingesting poison. Her mother, Mrs. Eva Henley, found her daughter’s body and, in the clutches of despair, drank the remaining potion. The sad story was the banner headline of the Indianapolis News the next day, and the source of neighborhood conjecture for generations.

By 1923, the Fletcher fortune disintegrated. Stoughton was forced to relinquish all ties to the family bank. One year later, with only $481.39 to his name and owing $1,763,602.54, Fletcher declared bankruptcy and the Fletcher American National Bank took ownership of Laurel Hall.

In later years, suicide would again plague the family, taking an additional two members — Stoughton’s son and daughter in separate incidents (Stoughton J. known as “Bruz” and Laurel Louisa). Stoughton himself died of natural causes in 1957, having served out his twilight years as an elevator operator in California.

The Sisters of Providence purchased the estate from the bank in 1925, along with the “garage and power house, a large greenhouse with three wings, five stucco houses, five cottages, a laundry room and more than 220 acres of surrounding land,” for $600,000. With additional buildings, the organization founded one of the most impressive preparatory schools in the nation — Ladywood, a Catholic, all-girls boarding school. Over the years, a Ladywood diploma became highly regarded and the school attracted the daughters of some of the nation’s most wealthy families.

In 1963, a new building was opened, expanding Ladywood’s capacity to 600 students. Rather than strengthening the school’s financial situation, this expansion accelerated Ladywood’s downfall. A 1970 merger with St. Agnes, another Sisters of Providence school, did not improve the school’s viability. Thus, Laurel Hall was sold to a local businessman in 1974.

Robert V. Welch chose to develop the property for housing. Calling it the Windridge Condominiums, homes sprang up around Laurel Hall, with the “Manor House” playing the central role of the complex’s office and entertainment center. Thirty-four acres of the estate were later sold to Cathedral High School (an all-boys school at the time) which allowed the school to finally open its doors to women after acquiring the property. However, the sale of that property was not enough to save the Welch venture. High interest rates in the housing market eventually forced Welch to relinquish Laurel Hall. It was once again taken over by the bank.  In 1984, the Hudson Institute purchased Laurel Hall for its national headquarters and operated in that location until 2004, when it moved operations to Washington, D.C.

In May of 2005, the property changed hands once again when the Phi Kappa Psi Foundation purchased the estate for its new headquarters, events venue, and educational center. Since that time, Laurel Hall has played host to a multitude of special events — from local weddings to receptions for international dignitaries.

Both resources can be found at the Indiana Historical Society and through the Indianapolis Marion County library system.

Check out the original article and great photos at Historic Indianapolis.